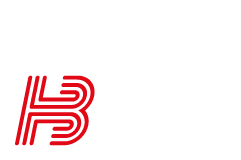 emerging
athlete of the year

Award presented by Diario AS

Bruno landed himself among the world’s sprinting elite when he became European Champion over 200m in July 2016. A month later, he represented Spain at the Olympic Games in Rio, winning his heat in 20.12 and setting a National Record. In the semifinal he finished 10th in the world, a mere 0.06 seconds from the Olympic final. In total, Bruno broke the Spanish National Record 5 times between the 100m and 200m during the summer of 2016.

His progress was explosive, but in September 2016, just one week after returning back to Spain from Rio, Bruno was in a serious car accident that stopped his momentum completely. In the hospital he would begin the next phase of his career: a recovery from very serious injuries. With this goal of returning to the track always on his mind, Bruno dreamt of his return.

After several surgeries and many long months of rehabilitation, with the support of his team and countless other professionals and organizations who helped him, Bruno recovered fully. His next phase of athletic preparation was not easy either, with many obstacles constantly blocking his path. But these hurdles didn’t stop him, and with perseverance and consistency he is finally ready.

Bruno will compete this summer with the eagerness of having had to overcome a serious injury, leaving behind a disorienting period of suffering. With his mind intent on breaking his limits, Bruno wants to demonstrate that even life’s most difficult moments can be overcome, and that dreams can still be fulfilled. With his fingers pointing to his temples, Bruno shows that excellence on and off the track both begins and ends in one’s mind.

Without a doubt the 200m final at Amsterdam 2016 marked a before and after in my sports career. Click on the button to see the final that changed everything.

Watch the race
that cheanged everything

When I was eight years old I had my first great dream, and like all great dreams, it sounded enormous. The years passed, but that dream continued in my heart. At times it was more present on my mind, at times more distant. But I trusted in my dream: to represent my country at the Olympic Games.

Sixteen years later, my great dream came true, and I was shown that dreams really can become reality—with faith, perseverance, and enthusiasm. Now I have a new Olympic Dream; I’m on a new mission: discover my limits. I only hope that you never stop dreaming.